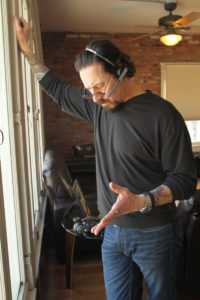 Mark Vega is an attorney and a runner. He suffered a major ischemic on 6/22/15 and a second major ischemic on 1/11/16.  Luckily, Mark recovered extremely well from both incidents.  He even ran marathons after that and has run longer distances too.  He is a practicing lawyer and still does that working in technology, entertainment and media.   He is an Army Veteran and volunteers as the Judge Advocate for American Legion Hollywood Post 43.  Since the strokes he sees his work and volunteer life center around people in transition.  These include Stroke Survivors, Veterans, Trans and LGBTQ people and members of 12-Step Recovery programs.

Strokefocus Podcast · Episode 94, Mark Vega – I am a runner