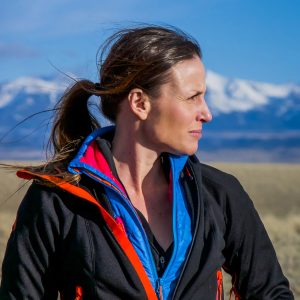 Kathryn Dunning became a stroke survivor at the age of 35. She was an avid runner, participating in various races and marathons whenever she could. She was young, active and healthy – suffering from a stroke in her sleep was the last thing she was expecting. She later found out her stroke was due to a patent foramen ovale (PFO), a congenital hole in the heart.

About 25% of the population has a PFO, and although most of these patients do not experience strokes, sometimes a blood clot can pass through the hole in the heart and up to the brain causing a stroke. This can happen to people of all ages and multiple times without the presence of typical risk factors.

After her diagnosis, Kathryn underwent a procedure to close the hole in her heart and has now been stroke-free for 8 years. Since the procedure, Kathryn is able to run again and return to her normal lifestyle—the best gift of all. Now, she has made it her mission to raise awareness about PFO and share her experience with others so they can be their own biggest advocates and take charge of their own health.

Listen to her interview with Cam!