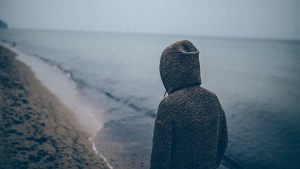 Hard emotion is common for survivors. Psychological recovery is very important to survivors and families.

Rick was a successful business owner in Ontario when he was hit by a stroke in March 2015. He had no warning sign.

He was very healthy except some back problems. When the stroke happened, he did not have bad headaches but a very severe back pain.

Rick was rushed to the hospital and no one could recognize he had a stroke, although he could not balance himself and had to sit in a wheelchair.

The doctors told him to see a heart specialist when another attacked made him unable to handle things with his right hand.

At that time, a doctor identified that Rick was having a stroke. He was sent to hospital again.

Rick spent 7 months in rehab. His wife has been very supportive since his stroke. But today’s medical care leaves a lot to be desired.

Listen to Rick telling Cam how Rick has been handling his challenges and recovery.